Well I’ll just come out with it. Last weekend was my worst one all year. I went 2-7-1 but on the bright side we got to experience an all-time Clasico and City were presented with the trophy. Can’t complain too much!

As a quick recap for the jabronis who don’t know what happened in El Clasico, here is a quickie. Barcelona took an early lead due to a Suarez goal and a phenomenal pass from Sergi Roberto. After a controlling start from the home side, Cristiano Ronaldo decided to get involved 4 minutes later in the 14th minute and evened the score up. Barcelona let their emotions get the best of them as Sergi Roberto punched Marcelo (kinda) and brought Barca down to 10 men for the rest of the match. Messi and Bale traded 2nd half goals (both truly world class goals) to reach the final score of 2-2. After 8 yellow cards, 1 red cards, about 3 fights and 4 goals the two teams ended with a point between them.

We glide into the last weekend of the Premier League season which is usually one of the better moments of the season because it can decide the title, the top 4 places for the Champions League and who gets relegated. But this year it’s going to be a bit of a different story. With the title decided and the relegation spots most likely decided as well, we will be looking for teams who have the opportunity to jump a spot or two in the standings as well as who will finish in the coveted 4th spot; Chelsea or Liverpool.

Leicester City @ Tottenham – Spurs don’t need to win here as they have already locked up a top 4 spot and a spot in the Champions League. Leicester meanwhile can only rise one spot from 9th to 8th with a win and an Everton loss. All in all, not much to play for. Earlier this year Leicester stifled Spurs’ attack and won 2-1 but as of late have had trouble finding form. With only 1 win from their last 7, they are struggling to finish strong. Spurs have been quietly one of the most impressive teams this season. Since their lost to Leicester on November 28th, they have had 5 losses overall (2 to City, 1 to United, 1 to Juventus and 1 to West Brom last Saturday). I don’t like this many points but Spurs have been great at home this season and I don’t want to fade them. Tottenham (-1.5).

Stoke City @ Swansea – I’m SHOCKED at how little Swansea is favored in this one. Stoke have already been relegated and Swansea need to win by multiple goals to have a chance at staying up this season. Although they have to make up a goal differential of 9 goals, Southampton play City which has the opportunity to be a blowout and the Swans can make work of Stoke. Added to that, Stoke have won 1 away match all year. LOCK CITY. Swansea (-0.5). 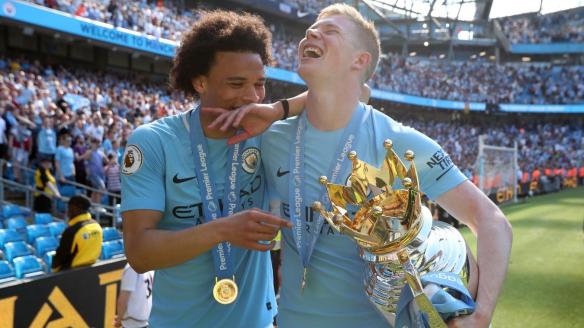 Watford @ Manchester United – United have already secured the 2nd spot this season, but Watford could jump in the top 10 with 3 points. They could also fall a few spots to 15th if they don’t take any points from United here. Stats all point to United winning this one by multiple goals, but I truly think otherwise because of their inconsistency and with nothing to play for they won’t have much drive. Added to that, United have not played well as of late with only 1 point taken from their last two matches (Brighton and West Ham) and have won by more than a goal only once in their last 7 matches. Conversely Watford have been tough to break down as of late and with a 5 position swing in the cards, I have to take the points. Watford (+1.5).

Brighton @ Liverpool – Similar to Watford, Brighton sit on 40 points and have a 6 position swing depending on the outcome of this match and a few other matches. But unlike Watford, Brighton will face a team who has a lot to play for. If Liverpool can get points from this match, they will guarantee a spot in the top 4 and won’t need to win the Champions League final to make sure they will be in the tournament next season. Although they have been in very poor form as of late with their last two matches resulting in losses and only 1 point from their last 3 matches, they will wake up for this one at home against one of the worst teams away from home. Liverpool (-2).

Arsenal @ Huddersfield – In Arsene Wenger’s final match, Arsenal travel to Huddersfield in somewhat of a trap game. Although Huddersfield are safe, they can finish anywhere from 17th to 14th which isn’t a huge gap in theory but it makes a big difference to the club and its fans. But even though the Gunners are locked in at 6th place, they have every reason in the world to go out swinging for their legendary manager. *Buyer beware*; Arsenal have not won a road match in the calendar year of 2018 and have been the 5th worst away side all year long. I do think this ends on Sunday for Wenger. Arsenal (-1). 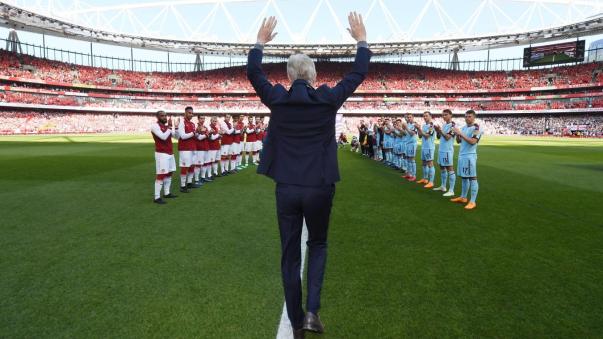 West Brom @ Crystal Palace – It’s actually absurd what West Brom have done in the final month of the season. They were 3-11-18 going into the final stretch of matches and have gone 3-2-0 since, gaining 11 points out of a possible 15. It was a little too late though, as they were relegated this week due to a Southampton win over Swansea. Palace have actually had the same record and points over their last 5 matches and dating back to mid March, they are 4-2-1. They are one of those teams who are sitting in that 10th to 16th place spot where it is separated by 3 total points. I like Palace at home here to get the job done due to having something to play for and being home for one final match. Crystal Palace (-0.5).

Everton @ West Ham – West Ham sit in 15th and have the chance to hope a few spots higher, but it is unlikely as they’ll need 3 points and some losses from the teams above them. Other than that, these teams won’t be playing for anything so I am going to go with my gut here which says Everton because they haven’t lost in their last 5 matches. Everton (Pick +110).

Chelsea @ Newcastle United – Chelsea will need a win here and a Liverpool loss to make the top 4, which won’t happen. Newcastle meanwhile sit at the top of the purge zone of 10th to 16th place due to their goal differential being 1 better than Palace in 11th. Chelsea have taken more points away from home than Newcastle has at home by 8 points, a good indicator that Chelsea should have the firm upper hand here. Added to that, Conte’s side will be ready to score goals and will have urgency due to the slight chance of a top 4 finish. Chelsea (-1).

I hope everyone enjoys the matches and the final day of what has been an awesome season. I will be releasing my season recap soon along with a Power Rankings for all the clubs in the world shortly after the season ends!