Happy Champions League Final Weekend or as the peasants call it, Memorial Day Weekend. The biggest club soccer event in mankind history will take place this Saturday between Real Madrid and Liverpool and I’m here to break it all down.

Overview:
Real Madrid come into this match looking for their third Champions League title in a row which hasn’t been done since Bayern Munich in the mid 70’s. Their recent reign in the Champions League marks one of the best runs from any club in any competition but Liverpool as a club aren’t so new to the scene either. Liverpool have actually won the third most titles with 5 including one of the most memorable wins in 2005 in Istanbul where they came back down 3-0 in the first half and won on penalties. Two legendary clubs going at it; nothing better.

Both squads had average seasons in the league for their standards, both finishing 3rd in La Liga and the Premier League respectively. This was probably a result of focusing more on the opportunity of winning this title instead of putting time and energy on climbing their domestic league’s tables.

Although they deserve completely to be in this final, Liverpool didn’t face as tough of a road as Madrid did leading up to this match. Their group consisted of Sevilla, Spartak Moscow and Maribor which other than Sevilla is a cake walk for a club like Liverpool. In the knockout stages they faced Porto in the round of 16, Man City in the Quarterfinal and Roma in the Semifinal. Other than City, those are all teams Liverpool should beat. Madrid meanwhile had to navigate a group that consisted of Tottenham and Borussia Dortmund. On their way to the final they had to beat PSG, Juventus and Bayern Munich; all teams who could easily be top 5 teams in the world every season (and usually are). It doesn’t say much for this Final but it shows that Real Madrid won’t be scared of Liverpool as to be honest, they’re the worst team they’ve played since the group stage.

Goalies:
This one isn’t even close. Despite Madridistas wanting Navas out of the net for next season, he has shown he’s been one of the best keepers all year and has been one of the main reasons why they got through teams like PSG, Bayern and Juve. Karius meanwhile for Liverpool has been average at best all year and has relied on his offense to give him cushions all season long. Advantage Madrid.

Defense:
Although there won’t be a ton of defense in this match (at least we think), it may play a big impact here. In finals after a team takes the lead, most of the time their defense is the reason they pull through because of the immediate pressure they will have to absorb after scoring the goal. Liverpool’s defense of Van Dijk, Robertson, Lovren and Alexander-Arnold have absolutely no shot at not only containing the Madrid offense, but can’t compete with the likes of Carvajal, Varane, Ramos and Marcelo. Madrid doesn’t use their defense often, but if they have to on Saturday I like it in this matchup. Advantage Madrid.

Midfield:
Are you noticing a theme? Well it’s not going to stop here. Luca Modrid, Casemiro, Isco, Kroos and even Kovacic are better than any single midfielder Liverpool will put out there on Saturday. Yes Milner is playing unbelievable but with the loss of Oxlade-Chamberlain their midfield is going to get outclassed to shit almost immediately in this one. This match will consist of Madrid using their midfield as an axis to not only keep the ball but to provide for their front three. It will be interesting to see how Klopp tries to stifle this as this midfield has outclassed PSG, Bayern and Juve on their way to the final. Advantage Real Madrid. 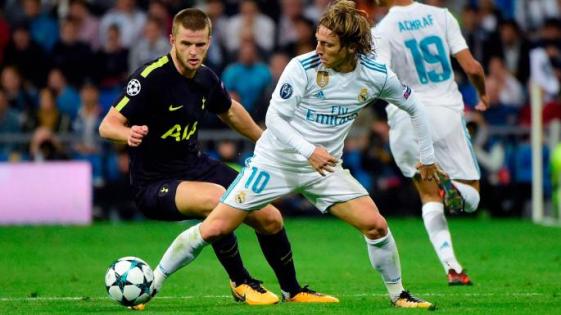 Attack:
There’s this guy on Madrid who I hear is pretty good and his name is Cristiano Ronaldo. Add that with the likes of Bale, Lucas Vasquez, Benzema and Asensio and there’s no way….. wait…. could it be…. oh my god!!! Liverpool’s Mo Salah, Bobby Firmino and Sadio Mane come out of nowhere!! Sorry Madridistas but Liverpool’s attack right now is the best in the world. Mo Salah could be the first real competition against Messi and Ronaldo for the Balon D’or and Mane and Firmino close off the rest of this illustrious front three. They have become the first trio in Champions League history to have at least 9 goals each in a Champions League campaign and flow together like a nice cabernet and filet mignon. Advantage Liverpool.

Coaching:
Zidane v Klopp. Two brilliant football minds will go after each other and we will see how they react to each other once the match starts. Klopp has been phenomenal against strong attacks all year by responding with pressure when they get on their heels. This tactic broke down City both in the Quarterfinal and all year long and I see him employing a similar strategy here to catch Madrid on the break. Zidane is a great coach and has the weapons coming off of the bench to make a match-changing substitution or strategy change but he can’t outwit Klopp in this one. Advantage Liverpool.

The Match:
It will take place in Kiev, Ukraine but an expected 450 million people will be watching this one around the world. If Liverpool don’t take it to Madrid right out of the gate and don’t let them get comfortable I don’t see there being any goals early. But if Klopp can’t stifle the Madrid midfield in the first 10-15 minutes then they may be in trouble. In both of the last two finals Madrid has scored in the first 20 minutes to take control and has gone on to win both.

On the other side of the coin, Madrid needs to make sure their bases are covered when they turn the ball over on attack. Liverpool’s counter attack is so potent that it makes teams hesitant to attack in the first place. If Liverpool can get that one chance in the first half and capitalize, it flips the game on it’s head. Expect Salah and Mane to break up field any chance they get early on in the match.

Who do I want to win? Well I don’t want Madrid to win again because it wouldn’t be as fun, but I also don’t want Liverpool to win cause they beat City in the Quarterfinal and I haven’t heard the end of it from Liverpool fans. But in the end my heart will go with Liverpool in this one as it would be great to see an English side lift the title for the first time since 2012 and the second time in the last decade.

Who am I going to pick? If you’re a smart better you take Madrid in this one. The odds opened at a pickem and have fluctuated between that and Madrid being favored by a very large margin. If you can find Liverpool (+0.5) I would take that but since most places I’ve shopped have a pickem, I’m going to take Los Blancos. Their attack, experience, depth and leadership combine for a perfect squad to lift the trophy again this season. Real Madrid Pick (-125).

I hope everyone has an awesome holiday weekend and I really hope you can watch the game on Saturday as I promise it will be the most captivating thing since watching Tom Brady fumble with 2:14 left in the 4th quarter of the Super Bowl (which the Eagles won in case you forgot).