Croatia and England will face off for a chance to face France in the 2018 World Cup Final and the opportunity at soccer immortality. For Croatia, it would be their first ever World Cup Final and it brings the opportunity for the players to become national heroes, if they already aren’t. It would be England’s first Final since their only championship in 1966 on home soil, giving their rabid fans the chance of a lifetime. Nothing on earth matters more to them than their football, and no sporting event matters more than the World Cup.

But before we preview the upcoming Semifinal, let’s get into how France beat Belgium to go to their third Final since 1998.

France (1) Belgium (0). For the first 20 minutes, Belgium seemed to grab the game by the horns with lots of pressure on the left side from Hazard. They held around 65% possession and outshot the French 3 to 2, but nothing came from it. The other 30 minutes to close out the half were quite the different story though as possession was almost split and the French outshot the Belgians 9 to 0. Mbappe started to become alive and if it weren’t for a few missed chances from Giroud, they could’ve and should’ve been up before halftime. Coming out of the gate, the French picked up where they left off and pressured yet again. It led to a corner that produced a Samuel Umtiti goal, as he beat Fellaini at the front post and redirected the ball on net. For the rest of the match, the Belgians pressured forward with Hazard maintaining his brilliant and almost perfect performance from the first half. But the lack of production from De Bruyne in the final third, the lack of touches from Lukaku in the box, Kante and the center backs shutting down the middle of the park outside the box and a lack of chances and shots inside the box couldn’t lead Belgium across the finish line. Despite 64% possession and 250 more passes from the Belgians, they had 10 less shots and 2 less shots on goal. Everything leading up to the final third looked good from them but they couldn’t get through Lloris in goal and the backline of France. France thoroughly deserved to go the Final.

Let’s see who will join the French in the Final…

Harry Kane. Let’s just get right to the point here, Harry Kane is going to need to produce if they want to get to the Final. His 6 goals already lead the tournament and the England captain has been exceptional outside of his performance against Sweden. The two-time Premier League Golden Boot winner does more than score goals, even though if the ball falls to his feet in the box he will probably score. His sheer presence makes the defense switch off of other players and pinches the center backs in, allowing the likes of Sterling, Lingard and Young to penetrate from the wings. Expect the squad to be looking for Kane in the box and expect him to bounce back from his performance against Sweden.

Raheem Sterling. I don’t care for your ‘Sterling can’t finish and isn’t a good player’ take. Yes, I agree he isn’t a ‘pure’ finisher but that doesn’t mean he can’t produce goals as he proved that with his 18 goals in the Premier League this past season. He is the fastest player in almost every game he plays in and can get in behind any defense he wants. That immediately makes an impact and creates a sense of worry with outside and center backs, easing pressure off of Kane up top. All tournament the space he has created and the space he has utilized has opened up the play for the rest of the England team and I expect him to cause some serious trouble against the weaker backline of Croatia.

Jordan Pickford. Picky is FEELING himself after those three saves against Sweden and his penalty heroics against Colombia. The England No. 1 has proved that he may be the hottest goalie in the tournament and hot goalkeepers win you World Cups (Germany in 2014 had Neuer, Spain in 2010 had Casillas and Italy in 2006 had Buffon). He will need to step up again if they want football to truly come home. 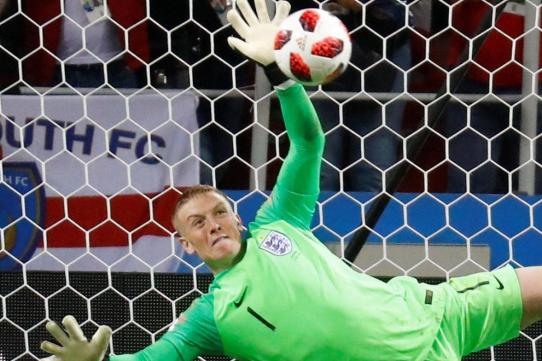 Croatia have played back-to-back matches going to 120 minutes with penalties and will be very tired going into this one. It may not show for the first 60-70 minutes, but England will have the opportunity to run Croatia ragged early to make sure they can last longer than them. Yes, England also had a 120 minute and penalty match as well but they followed that with an easy 2-0 win against Sweden who backed off late in the match. Another key will be for Sterling, Lingard, Young and Trippier to exploit the wings of Croatia. They all are faster than any of the wingers or outside backs on Croatia and they provide some serious quality going forward. Finally, if they want to win they will need to continue what they have done all tournament; succeed on set pieces. Whether it’s a free kick on goal, a free kick being whipped in, a penalty or a corner kick, England will need to capitalize.

Defensively they will have arguably the hardest task they have faced all tournament in defending and limiting Luka Modric. He will be the best player on the pitch on Wednesday and stopping him won’t be easy, but if you can suffocate his passages forward and pressure him on the ball enough you can be successful. But that’s easier said than done and it seems like nobody has figured out the puzzle of defending Modric.

Luka Modric. He will be the best player on the pitch on Wednesday and he has played that way in every single one of his matches so far in this tournament. His 2 goals and 1 assist as well as his leadership have propelled Croatia to where they are now and I don’t see that stopping now. He will cause the English midfield some serious trouble and it will be interesting to see how Henderson deals with the pressure or if Southgate starts Dier to help with that burden. 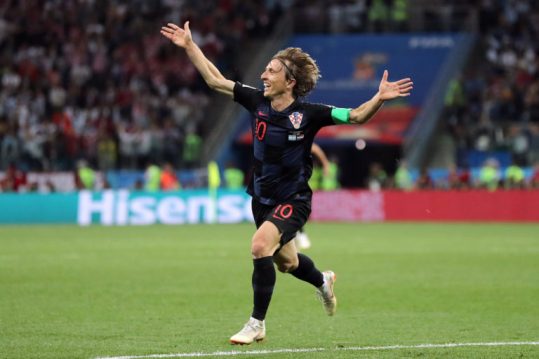 Ivan Rakitic. The Barcelona midfielder has been crucial alongside Modric in the middle of the park and provides a crucial passing aspect to balance out Modric’s creativity. Although he’s provided only 1 goal in the tournament, he proved his worth after scoring both of the winning penalties against Denmark and Russia. Good luck to the English trying to stop these juggernauts in the midfield. 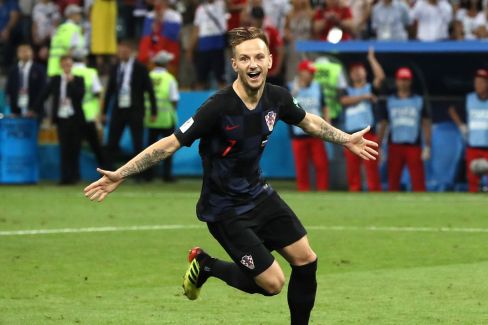 Modric’s creativity and Rakitic’s ability to move the ball to find the forwards up top will decide whether or not this Croatian team can be a real threat to the English. I don’t see a world where they aren’t effective, but you can’t bank on them being perfect against a quality and compact England side. If they can supply Mandzukic up top for any chances inside the box, expect him to put it away or create some serious trouble to England’s backline and Pickford in net.

Defensively it will be tough as I expect their fatigue to be a factor throughout the later stages of the match, allowing England to take it to them. There are four things they need to in order to stop this England offense. They need to limit the passages to Kane in the box as any chance he gets he will finish, they can’t let Sterling receive balls over the top of the back line allowing him to get in behind, they need to limit the set piece opportunities and they can’t let them run wild on the wings. If they can limit a few of those things and frustrate England going forward, they can last the full 90 minutes without conceding.

To me this comes down to three things; who lasts longer through their fatigue, can England contain Modric/Rakitic and who scores first in the match. I don’t see this match turning into a shootout, not only because of the two teams’ styles but also because Semifinals can be very low scoring. Whoever scores first can really take a stranglehold on this match and if it’s England I can see them being the team that adds a second to shut the door on Croatia much like in the Sweden game. If it’s Croatia to score first, it will be hard for them to contain England’s speed and pressure after their two grueling matches before this one. The odds sit at England being the favorite, but with a TON of juice on Croatia (+0.5) with the odds sitting at -160 (16 to win 10). That is an indication that the line could move back to a Pickem with the juice then sitting on England but since it’s at (0.5) for now, that’s where we will take it. Betting-wise Croatia has the value being underdogs with the draw on their side, but I truly think England take this Semifinal outright in the 90 minutes and advance to their first Final in 52 years when they last won it all. CMON ENGLAND! BRING IT HOME! England (-0.5).