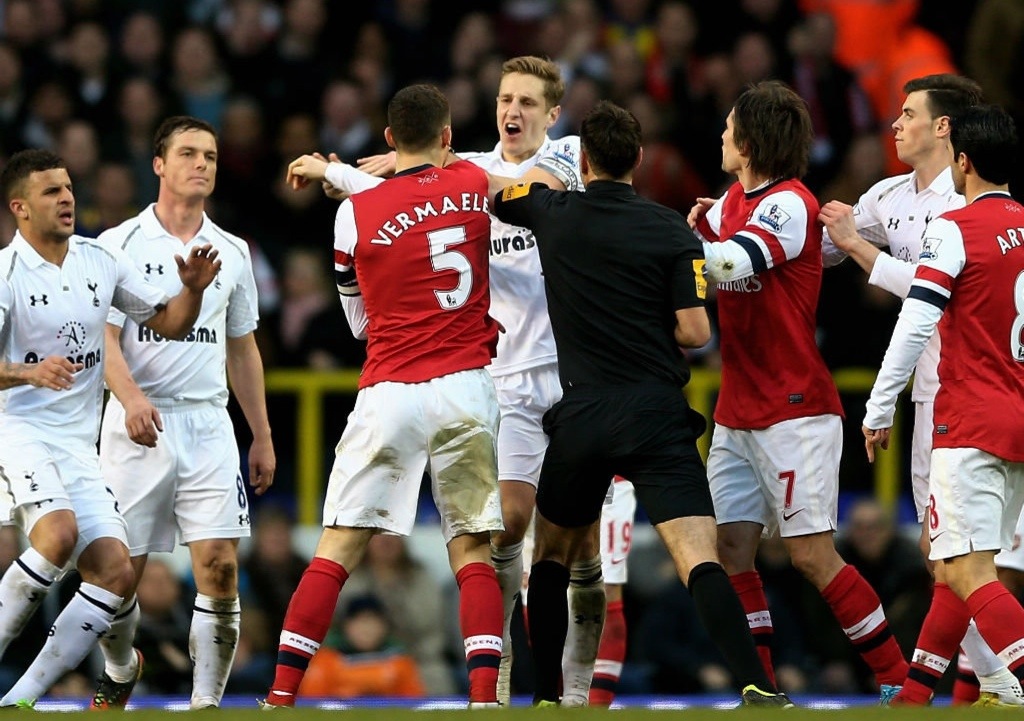 What a weekend we have in store as we have three HUGE derbies back-to-back-to-back on Sunday in the Premier League alone. But before we dive in to that amazing spread, let’s look at what turned out to be my funeral in the Champions League this week.

Yeah, yikes. A missed open goal for Roma to put them up 1-0, a red card from Hoffenheim, a shocking goose egg from Dortmund at home and somehow an over which was pushing at halftime didn’t hit all didn’t go my way in one of the more unfortunate weeks I’ve ever had. It happens from time to time and sadly there’s no hiding from it as I’m back for more this weekend.

Luckily the picks I have in store and the three derbies this weekend have my mouth watering so let’s get to it. Time to get back on the horse as the great Maury Ballstein once said to Derek Zoolander.

Burnley @ Crystal Palace – Neither of these teams have won a league match since September and they both sit just outside of the relegation zone needing some points. Palace will look to go for it since that’s their style and they’re home while Burnley will look to sit back and absorb the pressure, trying to hit Palace on the break. I don’t see either team having too much of an advantage and I like Burnley to keep this to a draw or at least tight enough to push the (+1) mark. Burnley (+1, -120).

Bournemouth @ Manchester City – I like betting on both of these teams and my gut instinct was to bet on Bournemouth since they’re so good at limiting their opponents’ scoring. They lost to United 2-1, Arsenal 2-1 and Chelsea 2-0 in London, proving that they can somewhat limit quality teams. Then I checked myself and realized even with City’s draw at the midweek to Lyon, they’re still the best team in the world and City’s 7-0-0 +23 record at home is just absurd. Pep Guradiola teams coming off of a bad performance almost never disappoint and I think City will find their form again. Manchester City (-2.5, -120).

West Ham United @ Newcastle United – Newcastle have now won three straight against Watford, Bournemouth and away at Burnley which are three great results. They’re due for some sort of regression to the mean but I still like them at home on the pickem line in one of the best home field advantages in the league. It’s always hard for me to fade the home pickem team. Newcastle United (Pick, -125).

Juventus @ Fiorentina – As of late, picking Juventus has not been the most profitable option for me but I won’t stop because you have to Trust The Process. Fiorentina have drawn the last 5 matches (weird, I know) and Juventus, as most of us know, have been almost perfect all year long. But the reason why I like Juventus in this match is because they’re coming off of an average performance in the Champions League and the last time that happened they went to AC Milan and won 2-0. It was a great response by a veteran team led by Cristiano Ronaldo and manager Allegri, who will make sure they don’t have bad back-to-back performances. I like them here with value on the spread. Juventus (-1, +110).

Valencia @ Real Madrid – Valencia have proven a tough out for teams this season as they’ve only lost twice in the league this year but sit in 11th since they have had the most draws with 8. Since their home loss to Juventus in the Champions League on 9/19, they have only lost two matches and both were by the score of 1-0. They go to a Real Madrid team who have proven that you never know what you’re going to get from them as they have 6 wins, 5 losses and only 2 draws this season in La Liga. I love Valencia with a goal and a half with the chance of them just making this match tough for Real Madrid, who are as inconsistent as ever. Valencia (+1.5, -130).

Real Sociedad @ Real Betis – Betis have been in pretty good form with only one loss in their last six matches, which was away to Villareal. But in that run of form they drew AC Milan at home, beat FC Barcelona IN THE CAMP NOU(!!!) 4-3, and most recently beat Olympiacos at home. Sociedad are in good form as well with no losses in their last five but only one of those matches produced a win. Since I’m on the hunt for units and Betis have shown that they’re good for a few big wins, I like Betis with great odds as home favorites. Real Betis (-0.5, +125)

Inter Milan @ Roma – A pickem on the line here after both teams had tough matchups in the Champions League this week. Inter had to travel to Wembley where they lost to Tottenham 1-0 and Roma missed their chance at home losing 2-0 to Real Madrid. I’ll make this one quick. Roma are due for a win, they’re home on a pickem line and have an extra day of rest compared to Inter. Roma (Pick, -105).

Fulham @ Chelsea – The appetizer for the day includes a London Derby between the giants of Chelsea and last place Fulham. Should be easy enough for Chelsea at home right? Think again. Fulham got their first win with new manager Claudio Ranieri last weekend and Chelsea are coming off of a midweek match on Thursday as they look ahead to two crucial matches against Wolves and City. In their last 9 derbies, Chelsea have only won by more than 2 goals once, proving that these matches are very tight and I think Fulham could really cause Chelsea some issues. They will sit back, play a lineup conducive to not conceding and they won’t worry about attacking outside of the counter attack. Take the points on this one. Fulham (+2, +105).

Tottenham @ Arsenal – The North London Derby is arguably the biggest rivalry in English football. This will be their 196th meeting as they first met back in 1909 and there is no shortage of love lost between these two fan bases. We start with their form and recent matches as Spurs have won 6 straight, most recently at home to Inter on Wednesday and Chelsea on Saturday. Arsenal meanwhile have not lost in their last 18 and won in Ukraine on Thursday in the Europa League. In regards to results between these two, the last time a team won away in the North London Derby was in March of 2014 when Arsenal won 1-0 and Spurs have not won at Arsenal since 2010 when they came back from down 2-0 to win 3-2. These matches are usually tight and they almost always favor the home team. I think what will separate these two is the fact that Spurs have had to face two top clubs in Chelsea and Inter while Arsenal haven’t had a tough test in several weeks. Yes they’ve had to travel to and from Ukraine for a Thursday match, but they sat about 9 starters and should be well-rested compared to a Spurs side who have had to start most of their starters for two huge matches in the last week. I love a well-rested Arsenal side who are home with a pickem line in a match that they haven’t lost at home in 8 years. Arsenal (Pick, -110).

Everton @ Liverpool – In Liverpool there are only two teams; Everton and Liverpool. They are only separated by a park in the middle of the city and it is one of the fiercest and longest rivalries in sports history, meeting 231 times since 1894. Liverpool have dominated Everton in this derby for almost all of the 21st century. Everton’s last win came in 2010, they haven’t won at Anfield since 1999 and they have not finished higher than Liverpool in the league since the 2013/14 season. So you might think, Liverpool should run away with this one per usual right? Think again. Liverpool are coming off of a big Champions League loss in Paris and are now in a must-win situation in Group C, while Everton have not played a midweek match since early October. Everton have only had one loss since 9/23, to United at Old Trafford, and are coming off of a 3-match unbeaten streak. I truly think Liverpool have too much going on and won’t be as rested as they’d like to be going into this one and it’s a great opportunity for Everton to pounce. Only one of the last five contests between these two have been decided by more than a goal and I favor a well-rested Everton side to catch Liverpool off guard at Anfield. Everton (+1.5, -120).

This smells so much like a rebound weekend for your boy with some awesome games in store Saturday and especially Sunday. I really recommend waking up Sunday morning and hitting your local soccer pub (I will be at Misconduct on Locust for the NLD) to have a few pints before the 1:00 NFL slate. Don’t forget to SUBSCRIBE AT THE VERY BOTTOM OF THE PAGE!!!