The 2016/2017 Premier League season ended with Chelsea as champions, after rebounding from an abysmal 2015/2016 campaign where they finished in 10th place. Leicester City, the champions of that ’15/16 season (yep 5,000-1 odds), ended up finishing in 12th last season. This past year things began to even out and we began to see some normality in the league once again. In case you forgot the other 18 teams and where they finished this last season here is the table:

Before we hop into this seasons preview, let’s quickly go over some notes from last year.

Chelsea ran away with the title about a month before the season ended winning 30 games, making them the first team to ever do so. They also finished with 90 or more points which hasn’t happened since Manchester United in ’08/09. Tottenham finished in 2nd for the second year in a row (they own the most total points over the last two seasons), a solid 7 points behind champions Chelsea. They also boasted the best goal differential ever without winning the title (+60) 8 better than champions Chelsea, and 19 over next best total by Manchester City. Manchester City, with then-new coach Pep Guardiola, finished in 3rd but only 3 points above the Champions League qualification cutoff. The top 4 rounded out with Liverpool finishing over Arsenal on the last day of the season, ruining Arsenal’s stunning record of 20 straight seasons finishing in Champions League qualification (top 4).

And in the race to lose $100 million, (relegation), we lost our dear friends Hull City, Middlesborough, and Sunderland who were relegated to the Championship (lower division for you soccer noobs). And in return, we receive Huddersfield Town, Newcastle United, and Brighton Hove Albion who were promoted.

Now that we’re done with last season’s review, let’s dive into what I think will happen this time around.

Pep Guardiola’s team muscled up over the transfer window with additions in key areas including goalkeeper, defense, but most importantly on the wing with the addition of Bernardo Silva from Monaco. An attack boasting Bernardo Silva, Sergio Aguero, Kevin De Bruyne, and Gabriel Jesus will be making Premier League defenses shaking in their boots along with veterans of the league David Silva and Yaya Toure bolstering the midfield. Pep and the City management have cut the dead weight that was slowing them down last season by letting go of a whopping 9 players and adding 6 first team players that will fit in perfectly with Pep’s system. After their 3rd place finish last season with a new manager and a completely new style of play, expect City to feel completely comfortable coming out this season.

After having 15 draws out of 38 games last season leading them to a 6th place finish, Man U knows they have to do better to get 3 points against teams outside of the Power 6. Luckily they are entering Jose Mourinho’s second season where he historically manages his teams to titles. Although they lost their leader and all-time top scorer in Wayne Rooney as well as soccer icon Zlatan Ibrahimovic, they’ve added Romelu Lukaku to bolster their attack and Nemanja Matic to aid in their midfield troubles. The odds-on favorite at many books around England; Manchester United will look to finish atop their cross-town rivals Manchester City in what will shape up to be a title race for the ages.

*Last time that happened arguably the greatest moment in sports history occurred where City scored 2 goals in 3 minutes to win their first title in over 40 years to finish atop United*:

You may be wondering why I did not include former champions Chelsea. Heres why:

Last time they won the league, they fell to 10th place and many believe that their success in the league this past season was attributed to their lack of participation in European competition. This year their lack of depth will get exposed as they will have to focus on Champions league play over the Premier League and they will be struggling come January/February to manage injuries and a large load of matches.

Who Will Get Relegated:

That’s all I have until I post my weekend blog which will include picks and my parlay(s) of the week. Season starts Friday and since my blog will go up after the first game…. here’s game #1:

Arsenal tends to be a juggernaut at home going 14-3-2 (W-D-L) last season and with the addition of Lacazette who is a perennial goal scorer and pure finisher, against a shaky away side in Leicester City who only won 2 games away from home last season out of 19 (2-4-13). I expect Arsenal to win by a comfortable 3-1 scoreline.

Can I Kick It? Yes. Yes you can

Yes. Yes you can.

Can I Kick It is a blog covering soccer around the world (but mainly the Premier League and MLS), with game previews and picks along with some bonus betting advice (fade me, you won’t).

My name is Nico Pelaez, and I have a soccer problem.

Now if any of you know me, you know I like to talk about soccer… a lot. For years I have pestered my friends and family (and many others), by talking about soccer and trying very hard to get them to appreciate the sport. So I took my talents to the Internet where I can still annoy you, just only at your own peril.

As the game is growing in the United States, I started to realize more and more people paying attention. Whether it be a couple of snazzy jerseys being worn around college campuses and music concerts, bars in the States being packed at 10am for an early Premier League tilt, Americans buying the most World Cup tickets in the world in 2014, or even seeing my non-soccer twitter feed blow up when Messi scores an El Clasico winner; people are starting to care. 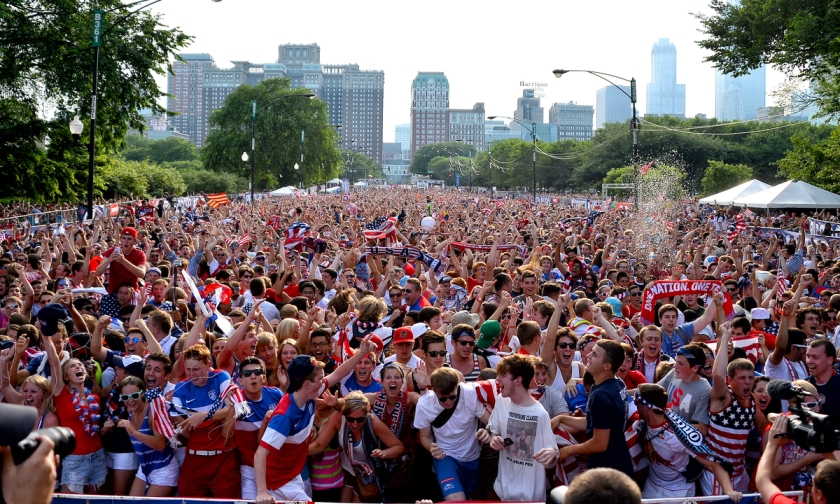 So my goal is to combine my soccer knowledge, with an even better soccer betting knowledge to at the very least get you interested (and at the very most win you some cheddar) in the Beautiful Game from August alllllllllllllllllll the way to late May.

My blog will go as follows:

Hope you’re going to enjoy it as much as I enjoy Lionel Messi making defenders look like an ice cream cake that was left outside in July.